Marko Bijac is one of the best goalies in the world. At 30 years old, he is ready to discover a third club in his career, Olympiacos. Recent winner of the Champions League with Pro Recco, he had already won this trophy with his first club, Jug Dubrovnik.

We wanted to meet him and ask him some questions about this title and his future.

Here is a video that traces his career :

France Water-Polo : Congratulations for this new victory in Champions League. After 2016, this is your second time. What was your feeling at the end of the game?

Marko Bijac : Thank you very much! Of course I was very happy at the end of the game, because me and my teammates proved everyone how much we worth, and I was pleased that we finished this complicated season on the best possible way.

FWP : Pro Recco won his thirteen matches and seemed unbeatable. How do you explain that?

MB : That fact only confirms that we deserved to won this trophy, throughout the season we dominated in our group, and I think we played our best waterpolo when it was most important, at Final 8.

FWP : If we played again the Final 8, would the result be the same?

MB : I firmly believe that we are the best team in the Europe, so I think the result would be the same.

FWP : What was the most difficult game this season?

MB : Both semifinal and final games were very difficult, against great teams, but we held high tempo throughout both games and at the end we succeeded to break opponents.

FWP : After several attempts you won Champions League. What was different than other seasons for Pro Recco this year?

MB : I think we had really high quality players, but also amazing group of people. I believe that is very important in achieving big results, and we had it this year. FWP : You had a great role in Recco’s victory in this Champions League. What is the secret of a great goalkeeper?

MB : There is no secret… Goalkeepers need to be focused and try to push their teams confidence. There are always hard moments in the games ,and that is when we are most important.

FWP : We heard that you will leave the club for Olympiacos. Why did you make this choice?

MB : Yes, next season I will play for Olympiakos. I am very happy that I got opportunity to join this huge club, with amazing fans. That is one new challenge in my career, a new opportunity to prove myself, and I will do everything I can, to make help Olympiakos achieve great things.

FWP : With the arrivals of Filip Filipovic, Duro Radovic and the return of Andro Buslje, ​​you can only hope for a third Champions League, right?

MB : Of course, my dream is to win Champions league again with Olympiakos, but we have very long way to come there. A lot of changes happened, so I think we need to go step by step, try to grow with every training and game, and then we will see how far we can go.

FWP : With Croatia, you will play the Olympic Games this summer. What are your chances?

MB : It will be really high quality Olympic tournament, with 8-9 teams who will come to Tokyo to take one of the medals. It will be very hard, but I believe we have great team. I hope all of us will stay healthy, and then we have chance against anyone. FWP : We usually end our interviews with the « really stupid question ». Would you trade your Champions League for an Olympic title?

MB : Hahahaha I need to agree. Every throphy is earned by sacrifice and hard work that whole team puts into it throughout the year (or in Olympic games throughout 4 years). We really deserved Champions league title this year, and I will do everything in my power to win Olympic medal again this summer. 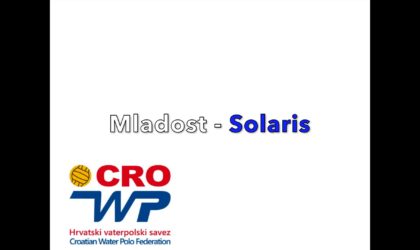 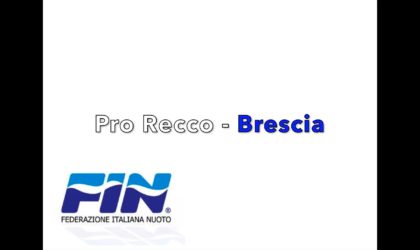