Goalkeepers of Szolnok and Hungary ; Barceloneta and Spain

They are most likely the two best goalkeepers in the world and they clashed two weeks ago in the final of the European Championships in Budapest. It is Viktor, the Hungarian goalkeeper, who will have been titled (Watch the summary of the final).

What could be better than a video to present these two great champions and their palmares.

We spoke with them and they very willingly participated in the cross-interview game. Thanks a lot to them.

France Water-Polo : We have assisted to Hungary’s final victory at the European Championships after a penalty shootout against Spain. Did we have the two best teams of the tournament in this final ?

Daniel Lopez Pinedo : In every tournament the best two teams of the championship arrive to the big final. I think that our way to arrive there was more difficult, as we finished second in the group after we lose the goalaverage against Hungary.

Viktor Nagy : I think yes we had.

FWP : If we play the match again, what do you think ? Do we have the same result ?

DLP : That’s impossible to know. Every game against a Top team like Hungary is difficult to predict the result. Our aim was not to loose the game, but Hungary deserved the title in the end.

VN : I think yes but it would be better if we can realize the result in the real time.

FWP : Like Serbia, Hungary and Spain finished the tournament unbeaten. What was your strength ?

DLP : We have a number of super-talented players, so our strength is to play together as a team. FWP : After 2018 (European Championships) and 2019 (World Championships), this is the third consecutive final you lose. What is missing from Spain to be number 1 ?

DLP : I don’t know, is difficult to explain. The final In 2018 and 2020 was similar, losing by penalties, but the final in 2019 was different, Italy was much better than us. We’ll try to win before penalties next time.

FWP : The public supported you throughout these European Championships. What did you feel when Soma Vogel stopped last shoot ?

VN : Before and during the game I was sick so I was not feeling good so when Soma safed the penalty I was the happiest man at that time. FWP : We saw that coaches changed goalkeepers during the penalty shootout. What is the purpose of this substitution, especially when the goalkeeper has done a very good match ?

DLP : In my case it was because of an injury, I played with muscle cramps since the third period, But I think it is a good oportunity to change goalkeepers if you don’t save the first ones. Like in handball.

VN : Every goalie has other style so this situation is a good challenge of confusion to the opposite player.

FWP : Who is the best goalkeeper in the world ?

DLP : This is a very difficult question, if I have to try I take some parts of every goalkeeper. For exemple parts of Viktor, Marco, Bane, Bijac, Pjetlovic, Stefano and some others.

VN : Long version: This question is very complicate because I think all top teams have very good goalkeepers but who is the best ? I can not answer! I try explain. We have long season include club championship, champions league, national cup, world league, and summer world championship or Europe championship.. so this is so much and some goalie save good almost all competition. for example some goalie not save good in club season but in the summer world champion championship yes and he got the best goali title and he had only 4 good games. Shirt version : For me someone who can show good form in club season and in national season same year… like Daniel. FWP : Which is the best team in the world ?

DLP : For me the best team still Serbia, they won everything the last years and that’s because they deserve to be the favorite.

FWP : How did you start to play Water-polo ?

VN : When I finished swimming I started waterpolo.

FWP : How did you become goalkeeper ?

DLP : Because I was very good swimming breaststroke when I was a kid. But until I was 17 years old I combined goalkeeping and playing like a field player.

VN : After some training I went to the goal and stay there. It was a sympatic place for me as I had to swim less.Also I think I am a bit of a talent for the goalkeeper place.and now my experience is quite positive.

FWP : What is your best memory ?

DLP : Impossible to tell just one one good moment. The best ones are when we won Champions League in 2014, the last year’s medals, the debut in Olympics in 2012, but I think the best of all are the good moments and friendships you make with waterpolo.

VN : I have lot of best memories  my First Hungarian champion winning, my First Hun.Cup, my First adult competition in Melbourne, 2013 BCN  and best goalie trophy. And it is necessary to say that Budapest European championship 2020 is the best as we won it at home ! DLP : I’m not mitomaniac, but of course I learn from the bests, like Jesús Rollán o Frano Vican.

VN : My model of goalie is a real puzzle.. from Endre Molnár to Frano Vican or Stefano Tempesti, but I steel try to copy some of their good things.

FWP : Viktor, what do you think about Daniel Pinedo ? Do you have something to say to him ?

VN : I think now He is the best goalie and I would say to him.. I respect him and I am sorry about we played against each other in the final.

FWP : Daniel, what do you think about Viktor Nagy ? Do you have something to say to him ?

DLP : He is one of the legends of our sport. In my opinion, he has all a waterpolo goalkeeper need to have Specially I love his character in the goal.

The only think that I have to say to Viktor is congratulations for the European Championship, and I enjoyed a lot to play against him in Duna Arena. Big respect !

FWP : We usually finish our interviews with the question « really stupid ». Who will be Olympic champion ?

DLP : I dreamed a lot of times that the next Olympic Champion will be Spain. But I have to tell that I dreamed to in 2012 and 2016 hahahaha.

VN : I think now we can speak 6 very good team. And between 1st to 6st teams are very similar. 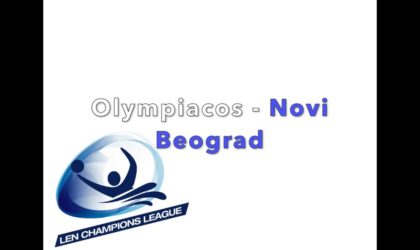 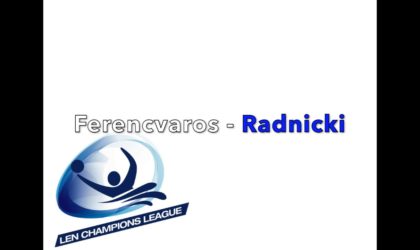 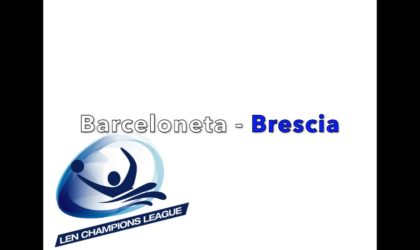